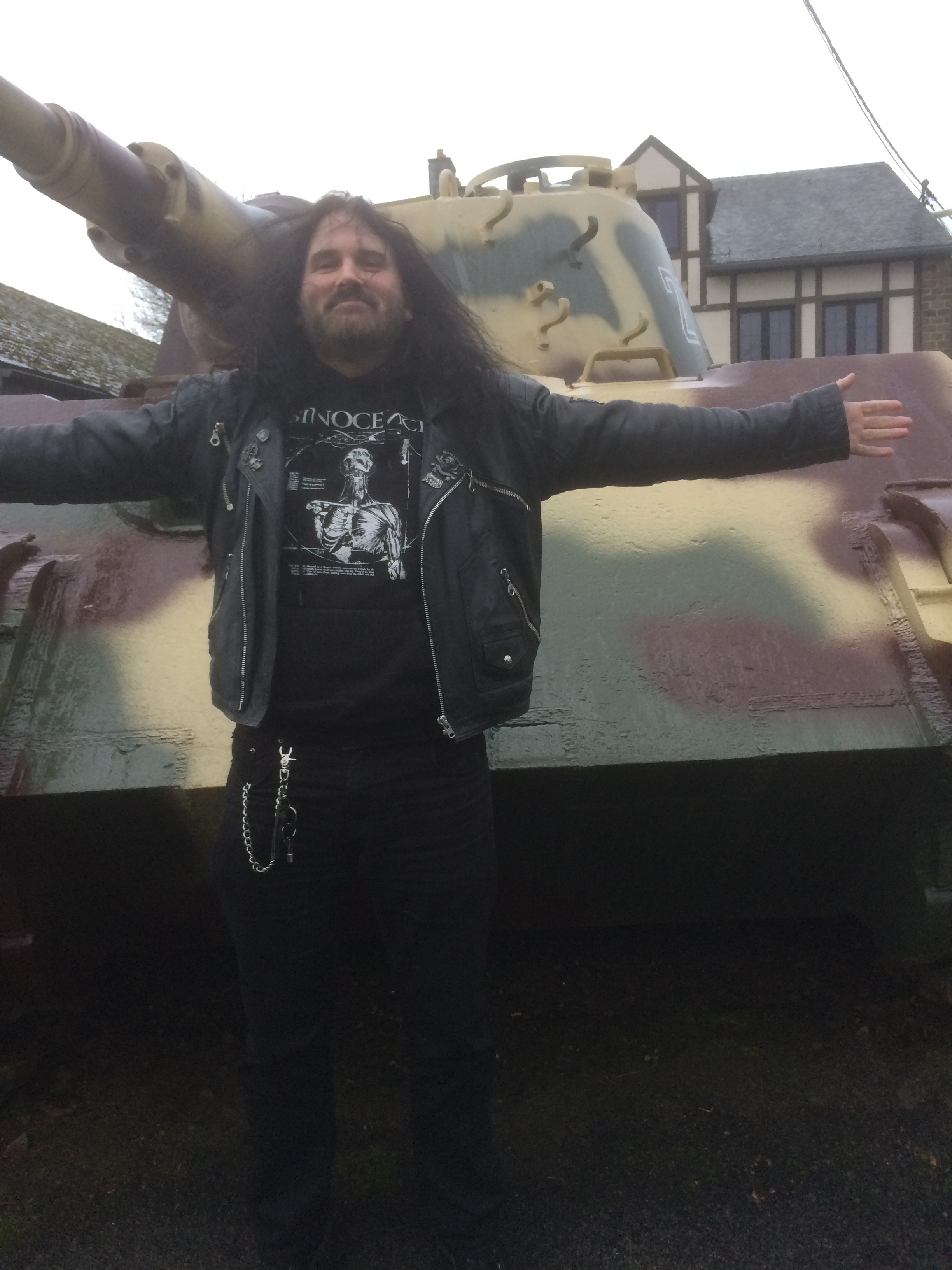 Early start from London; 7am out the door – early ferry from Dover to Calais. It’s great to be back in France, though strange to see the extra barbed wire and police units everywhere; not to mention sprawling camp next to the port. Anyway, we hared along the coastal road in France to Belgium, through one brief checkpoint and turned left at Brussels. We decided…or at least I did because I was behind the wheel and so had my hand on the navigation tiller…to head south through the Ardennes towards Germany.

Yes…anybody familiar with my Second World War historian side will know that this was the hallowed turf of the Battle of the Bulge. Amazing to pass by scenes of bravery and tragedy like Stavelot, Malmedy, Bastogne, and the compulsory visit to Helmut Dollinger’s Königstiger 213 from Peiper’s spearhead attack. Amazing history to be up close to.

We trucked on into Germany, passed an eight car pile up in the pissing rain and screeched to a halt near Stuttgart, 14 hours after leaving London. So this fact required an immediate beer, or two…or three. An excellent restaurant which was a working  brewery…food, beer, back to the 24-hour bar in the hotel…crash in time for kicking out at noon and on to Slovakia. Apparently we are actually here to play music 😉